Except for technical improvements made by John Smeaton, engineers in the middle of the 18th century built steam engines much the same way Thomas Newcomen designed his first engine. Unlike Smeaton, who as a designer of machines naturally was led to the development of steam engines, the instrument maker James Watt started working with steam engines quite by chance. Watt had set himself up as the manufacturer of scientific instruments, and one of his first clients, the University of Glasgow, employed him to repair some of their scientific instruments.

While repairing these instruments, he also worked with scientists, among them Joseph Black, and gained invaluable experience in physics. The university asked Watt to repair a model of a Newcomen engine. One of the first things Watt noticed was that the machine was extremely voracious for steam. Furthermore, most steam and heat were lost during the condensation of steam by a jet of water sprayed into the cylinder.

Watt reasoned that by keeping the cylinder hot at all times, which meant carrying out the condensation of steam in a separate vessel, he would be able to conserve steam and reduce fuel consumption. In 1765 he built a simple model of his steam engine with a separate condenser and found out that by avoiding the alternating heating and cooling of the cylinder he could save a lot of fuel. Watt also insulated the cylinder itself, reducing the loss of steam inside the cylinder by condensation on cold cylinder walls. Watt obtained a patent for “a new method of lessening the consumption of steam and fuel in fire engines” in 1769.

Later Watt realized another advantage of the separate condenser: The cylinder could be made double-acting. In a doubleacting cylinder, steam is alternately directed above and under the piston, doubling the work that can be supplied by the piston. Joseph Black had also brought Watt into contact with the industrial pioneer John Roebuck, and Watt and Roebuck formed a partnership. The partners started building an experimental beam engine (a steam engine whose action is to raise and lower a long lever, or beam) near Roebuck’s residence, but the project did not progress. Roebuck had financial difficulties and Watt had to keep other commitments to earn his living. Roebuck went bankrupt in 1773 and Matthew Boulton, who had shown interest in Watt’s machine since 1769, bought Roebuck’s two-thirds share in the enterprise. Boulton proposed to build a factory to produce Watt engines “for all the world.” In 1775 Boulton succeeded in extending Watt’s patent, which would have expired before any machines could have been produced. In 1776 Boulton and Watt started work on the two first separate-condenser engines ordered, one sold to a coal mine for a pump and one sold to the ironmaster John Wilkinson, who needed a machine for pumping bellows for a blast furnace.

Wilkinson had also just patented a new boring mill for cylinders. Use of Wilkinson’s borer allowed the manufacture of cylinders for the steam engines to much higher specifications. The first two Watt engines were immediate successes, consuming only a quarter of the fuel of Newcomen engines of similar power. As soon as Watt developed his engine, Boulton proposed building a machine that could supply rotary motion. 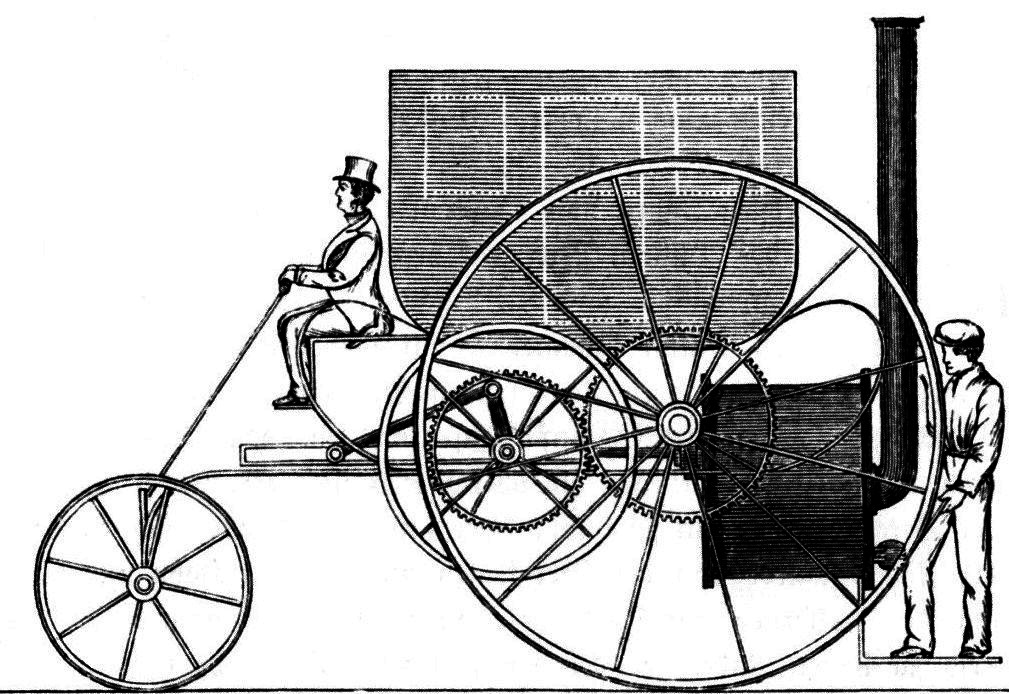 The idea of using a connecting rod and crank was not apparent because the stroke length of the beam machines used to vary considerably, and it was not clear that a flywheel, crankshaft, and connecting rod would solve this problem entirely. In any case, the crank used in conjunction with a steam engine was patented by another machine builder. Watt was forced to develop another method, and he chose to use the “Sun and planet” gear to obtain rotary motion. The piston rod was rigidly connected to the beam via a system of rods forming a parallelogram; the arrangement came to be called parallel motion, although the important result was rotary motion.

Although the reciprocating motion supplied by the first steam engines was suitable for pumping water or powering bellows, it was the adaptation of those engines to rotary motion that made the Industrial Revolution possible. Previously, factories had to be set up near rivers and streams that could deliver waterpower, often far from cities and the necessary work force. Rotary steam power changed this situation completely. Factories were built in cities, near transport channels, such as rivers and canals, and near abundant work forces.