His belief that markets were anarchic and that socialist systems should be planned led Lenin to establish a planning agency in Russia in 1921. But central planning in the USSR then went on hold for most of the 1920s, as the NEP kick-started the economy again after World War I and the Civil War. By the late 1920s, having consolidated power, Stalin revisited the issue of planning, and decided that a centrally planned economy (hereafter CPE) was now both possible and desirable. Stalin considered such a system the most efficient way to develop the Soviet economy quickly into a predominantly urban and industrial one – i.e. the type Marx considered a vital precondition for a genuinely socialist system – and therefore introduced the USSR’s first five-year plan in 1928. From then on, the Soviet economy operated according to economic plans (mostly, though not exclusively, five-year ones). While the plan was initially oriented towards industry, Stalin soon decided that it could not function properly if agriculture were excluded, so that the latter was incorporated.

As Communist power spread after World War II, so the economies of Communist Eastern Europe and Asia became CPEs. In most cases, the plans were highly directive; although production units were supposed to have some say in their future plans, in practice this right was usually very limited. This was not only because of the natural tendency of most Communist systems to centralism, but also because only the centre was in a position to coordinate the plans of thousands of units. In short, typically the centre ultimately decided the plans, and enterprises and other economic units were expected to fulfill them. A notable exception to this general pattern was Yugoslavia. In line with its commitment to ‘self-management’, it granted broader decision making powers to production units than was typical in other Communist countries. Its plans were far less restrictive, and increasingly indicative rather than directive. In recent years, China has moved to a ‘dual track’ approach, attempting to mix both planning and market principles in what is sometimes an uneasy combination.

Communists claimed that CPEs had several advantages over market economies. One was that they permitted conscious steering of the economy in whichever direction was considered most beneficial, and for rational distribution and prioritization – by sector, branch, region, class, and ethnicity. Another claimed advantage was that CPEs could produce stable, fair, and rational prices, based more on the cost of inputs (including labour) and use value than on what Communists saw as the whims of the market. Marx had criticized the dominant form of pricing in capitalist systems, namely the tendency for prices to reflect the balance between the availability of a good or service (plus profits) and the demand for it, in what market economists call equilibrium theory.

In his view, the real value of an item was the amount of labour that went into producing it and its usefulness; most Communist systems claimed to have adopted pricing policies that were more or less in line with this approach to value. A third putative advantage was that CPEs were able to resist external pressures, including from what is nowadays called globalization. A final claimed benefit of CPEs was that they were able to ensure full employment.

But in practice, while CPEs were able to secure some of these advantages – the prices of many basic goods were often low, and stable for long periods; unemployment as usually understood in the West was very uncommon – they also suffered from a number of disadvantages. One was that in reality, groups had unequal power to pursue their interests in most Communist systems. Thus the so-called steel-eaters (the military and heavy industry) had more influence in the Soviet system than light industry had, which usually ensured there were enough tanks and guns, but did not prevent severe shortages of consumer goods. This meant in turn that many Communist economies were skewed (i.e. imbalanced), with some sectors well developed and others very under-developed. Attempts to redress this imbalance from the 1960s on were at best only partly successful. 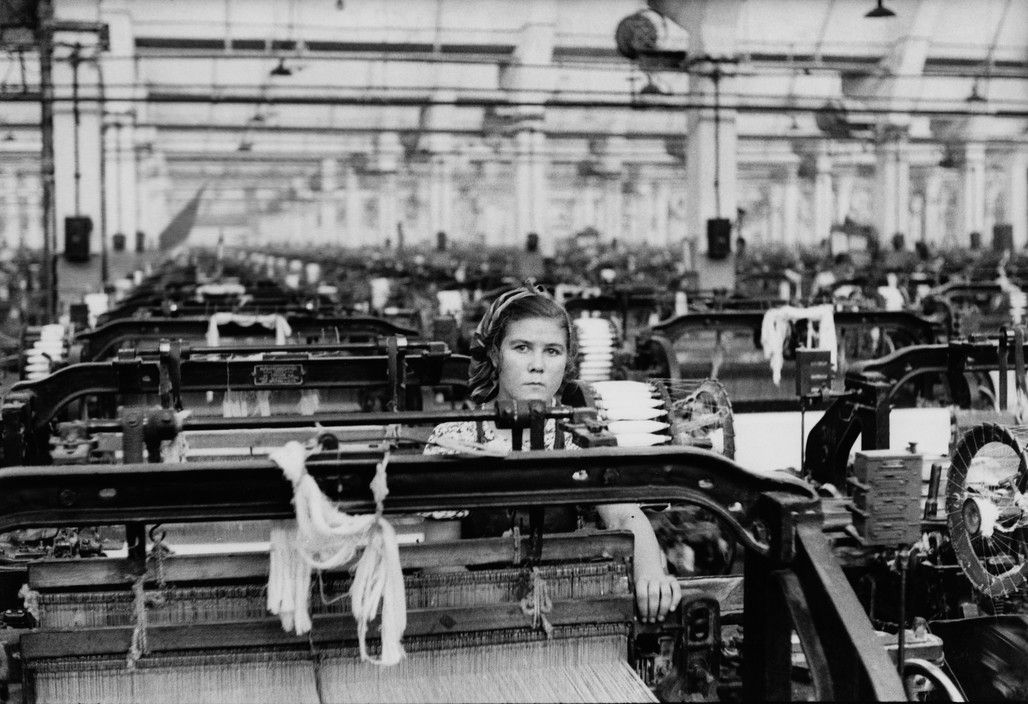 Another problem was that the production of plans became ever more difficult over time as economies became increasingly complex. This encouraged a conservative or incremental approach in planning – simply tinkering at the margins because it was too difficult to do otherwise. This tinkering reflected what planners and economists sometimes call the ratchet effect. Arising from the previous point, CPEs in practice experienced increasing problems of innovation. The introduction of new equipment, techniques, and ideas became more difficult, because of the problems involved in coordinating this with existing production.

A fourth problem was that prices were in an important sense distorted, since they did not per se send messages about over- or under-supply – i.e. about what was actually needed. Much pricing in Communist economies was far from rational; it was not to any meaningful extent based on the cost of labour or usefulness, nor did it tell producers what was needed.

Similarly, the quality of goods was often poor because prices were not sending appropriate messages. Quality could also be affected by the problem of ‘storming’; given that production was largely dictated by plans and workers had too little incentive to work hard, factories would often work at a leisurely pace for much of a month or plan period, and then operate at a furious pace to ensure fulfillment of the plan – often with negative effects on the quality of the goods produced.

The point about too few incentives to work harder and more efficiently requires explanation. The combination of inexpensive basics – housing, utilities, public transport, etc. – and a poor supply of high-quality consumer goods meant that there was little incentive for workers to work harder (i.e. because there was little they wanted to or could buy), which in turn had a negative effect on labour productivity.

While full or nearly full employment might be seen as socially desirable, it often resulted in labour market distortions. Harsh as this might be on individuals, dynamic economies need flexible workforces, so that excessively secure workplace arrangements can work against the long-term interests of society. The fact that Communist economies sometimes experienced labour shortages in some sectors and branches while workers were underemployed or engaged in tedious work in others endorses this point.

Despite frequent claims by Communists that there was ‘socialist competition’ between production units, the near absence of real market forces within Communist economies exerted a negative effect on competition. The attempts to shield Communist economies from the international market compounded the problem of insufficient competition, with all the negative knock-on effects this had on quality, choice, and price.

In theory, their control over the economy meant that Communists were particularly well placed to ensure that economic development was not at the expense of the environment. In practice, the commitment to economic growth at almost any cost typically meant the environment was a low priority, and most East European states had worse environmental problems by the 1980s than their West European counterparts, despite being on average less industrially developed. With the benefit of hindsight, we can see its poor environmental legacy as one of the worst failings of Communist central planning.

A final point about CPEs is that some commentators reject the very use of the term ‘centrally planned economies’, preferring to refer to ‘command economies’. This preference is based on the argument that production priorities were essentially dictated from above, and were based more on political considerations than on the needs of the economy and the population. Use of this term implies that management of the economy was in practice less rational and more subject to arbitrary political control than the term ‘planned’ suggests.